The microbial world is a fascinating network of organisms that live in our environment and play significant roles in regulating our climate. The molecule dimethylsulphoniopropionate (DMSP) is an anti-stress compound made by plants, algae and bacteria, in the order of hundreds of millions of tonnes annually, worldwide. DMSP protects organisms from harsh conditions found in diverse ecological niches. There is huge diversity in bacteria that make and degrade DMSP, however precisely when and why they do this is not well understood [1,2]. When DMSP is degraded, a climate-cooling gas called dimethylsulphide (DMS) is released that enters the atmosphere and forms cloud condensation nuclei, influencing atmospheric reflectivity and has vast potential to modulate the global climate [1]. A greater understanding of DMSP biology is of paramount importance for designing future strategies that exploit this molecule for its potential to reverse the effects of global warming. 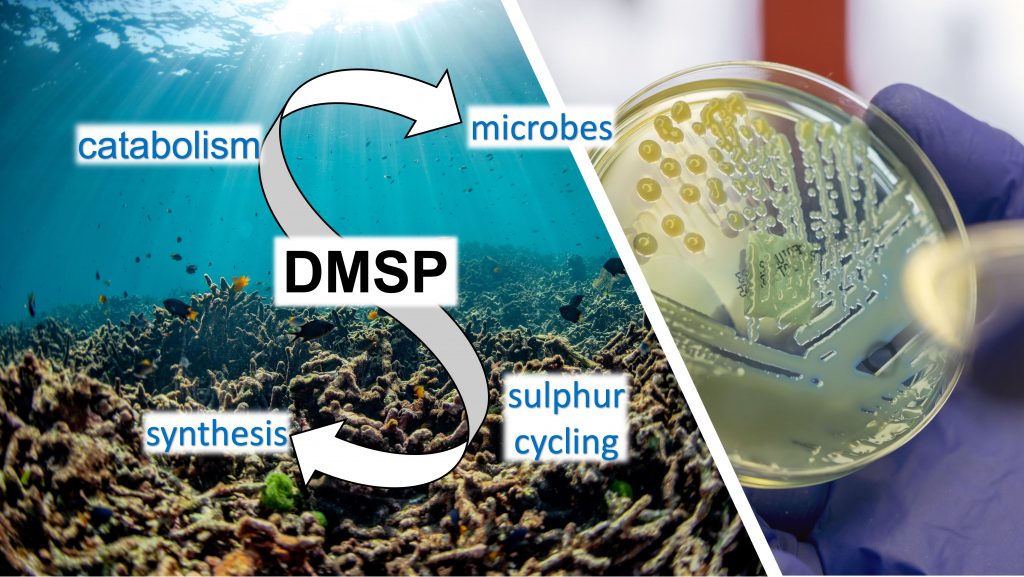 This project will be hosted in the School of Biological Sciences at UEA, one of the world’s foremost centres of excellence for DMSP research. The individual will identify new genetic systems involved in DMSP metabolism and will make fundamental discoveries in the discipline of environmental microbiology.

The project harnesses a leading-edge genetic techniques to investigate bacterial DMSP biology. The individual will be first-in-the-world to use transposon-directed insertion sequencing [3,4,5] to identify entirely new genes and enzymes that act on DMSP. Analytical techniques will be coupled to powerful biomolecular assays. The individual will be co-located in Sullivan and Todd’s labs in the School of Biological Sciences, with opportunities for collaboration further afield.

The individual will be will learn techniques in environmental and molecular microbiology, including genetic manipulation, next-generation sequencing, bioinformatics, and biophysical analyses. There will be opportunities to present at internationally-leading conferences and access a network of global researchers. UEA’s post-graduate professional development team will provide support in enhancing translational skills.

We seek an enthusiastic and highly motivated individual with willingness to learn new concepts in molecular biology and/or microbiology to join our vibrant and collegiate community, including a degree in the biological or environmental sciences disciplines.